The Prince of Wales and The Duchess of Cornwall – 2014

History was made on Wednesday 29th January 2014, when Their Royal Highnesses The Prince of Wales and The Duchess of Cornwall became, so far as is known, the first members of the Royal Family to visit the theatre.

The occasion was a Gala performance by the Shakespeare Schools Festival to launch its 15th year and the 450th anniversary of the Bard’s birth. The Royal visitors were greeted by Derek Nicholls, Chairman, HQ Theatres & Hospitality, Ellen McPhillips, Theatre Director, Southend Theatres, and Palace Theatre manager Georgie Perkins, together with many dignitaries, led by mayor Brian Kelly. As befits the Schools Festival, many local schoolchildren were also present, creating a wonderful atmosphere which the Royal guests clearly enjoyed enormously. 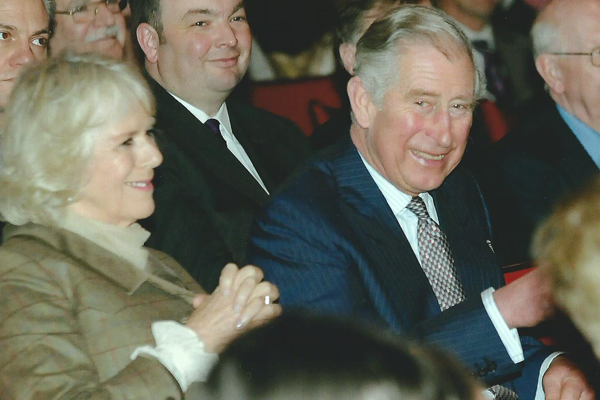 Farceur extraordinaire Ray Cooney has close ties with the Palace, having managed the theatre from September 1969 to September 1970, and having had many of his farces performed on its stage, including the world premiere of Come Back to My Place, in June 1973, in which Ray starred. One of Ray’s most enduring farces, Run For Your Wife, which was first performed at the Palace in July 1991, was turned into a film in 2012, and Ray joined us at the Palace, in May 2013, for a special screening during the Southend Film Festival. Joined by executive producer/actress Vicki Michelle, herself no stranger to the Palace (Don’t Dress for Dinner, in May 2003 and ‘Allo, ‘Allo, in November 2008), Ray took to the stage after the screening and spoke about the film and his extensive career. 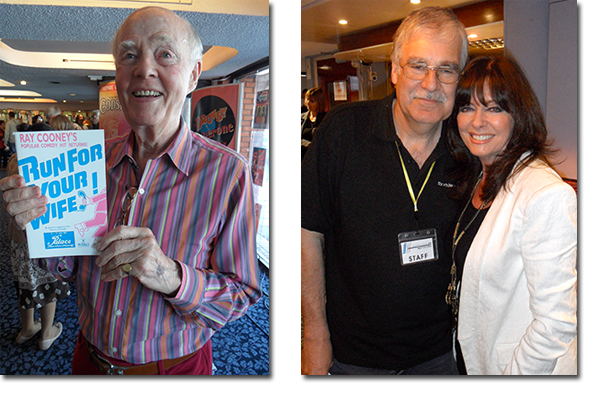 The hugely popular singer made a surprise visit to the Palace in February 2001 in support of actress Helen Hobson, who was appearing in Educating Rita. Helen had played Cathy to Cliff’s Heathcliff in the 1996 musical adaptation, sharing a tender duet, ‘The Wedding’, with the singer. Popular with Cliff’s fans and Bronte aficionados alike, the show, which toured before settling at the prestigious Hammersmith Apollo, broke many box office records. (Photograph by the late Gail Salim; by courtesy of Ed Salim) 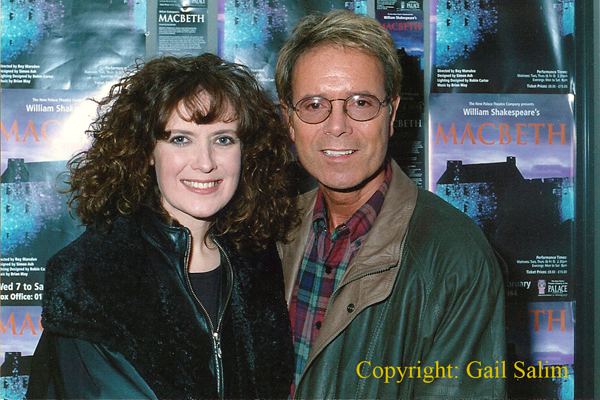 Joseph and the Amazing Technicolor Dreamcoat was first performed in April-May 1976. At that time it was the theatre’s most expensive production – and a huge success. Box office records tumbled as 7,000 patrons besieged the theatre in its first three weeks, and extra shows were added during the fourth week. Lyricist Tim Rice visited the Palace to join in the celebrations; this newspaper photograph shows him toasting the show’s success with artistic director Chris Dunham. 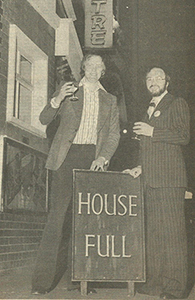