You are here: Home>Galleries>2017 refurbishment

Following the refurbishment of the Stalls, Circle and backstage areas, at the end of the 2012 Centenary, for two weeks in August and September 2017 it was the turn of the Gallery to be spruced up. At the same time, the opportunity was taken to re-paint the auditorium ceiling and clean the chandeliers and the tops of the Boxes. As can be seen, the scaffolding, which allowed the decorators to 'walk out' over the auditorium from the Gallery, was pretty impressive! Meanwhile, for several months, the exterior had been covered in scaffolding and protective sheeting. When that was removed, in late July, the extent of the remedial/redecoration work was clear for all to see. The Palace has hardly ever looked so lovely! 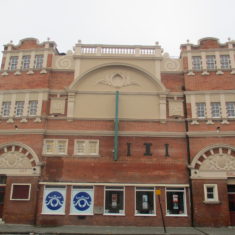 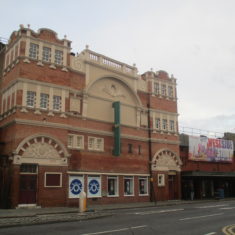 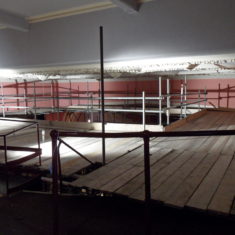 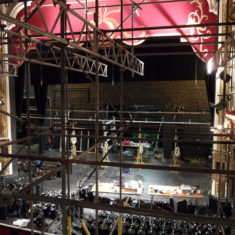 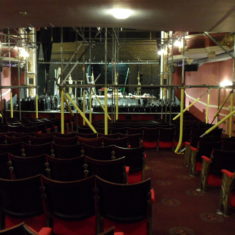 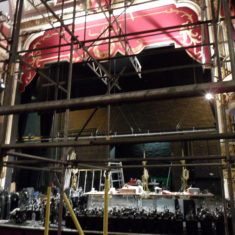 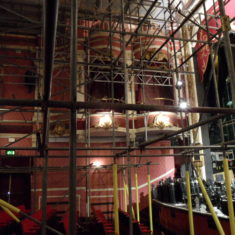 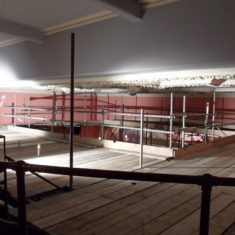