Local girl, and Palace favourite, Jacqueline Anne Stallybrass was born in Westcliff in December 1938 and educated at St. Bernard’s Convent, where her acting aspirations were positively encouraged (as were those of another of our alumni, Helen Mirren). After three years training at the Royal Academy of Music, where she won the Drama Gold Medal, she began her professional career in 1960 by spending several years in repertory, gaining experience with the Arthur Brough Players, alternating at the Leas Pavilion, Folkestone, and back home at the Palace Theatre. Her first appearance at the Palace was in the light comedy The Brides of March, in January 1961, where, as with many aspiring actors, she doubled as an assistant stage manager. 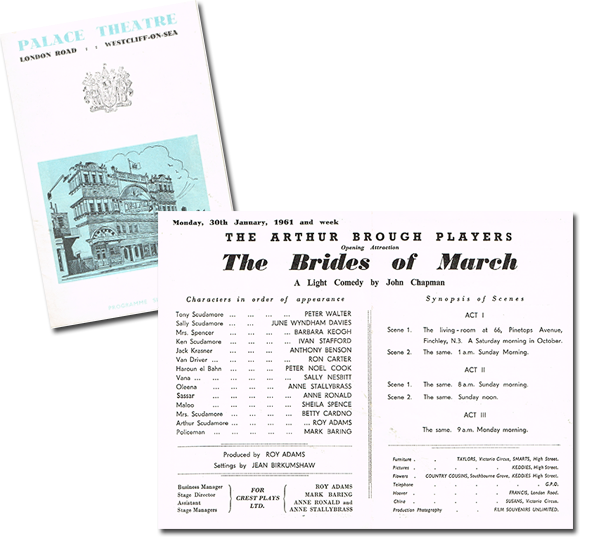 This was followed by the drama The Silver Cord and the farce See How They Run before Anne moved on to seasons at the Nottingham Playhouse and the Sheffield Playhouse. 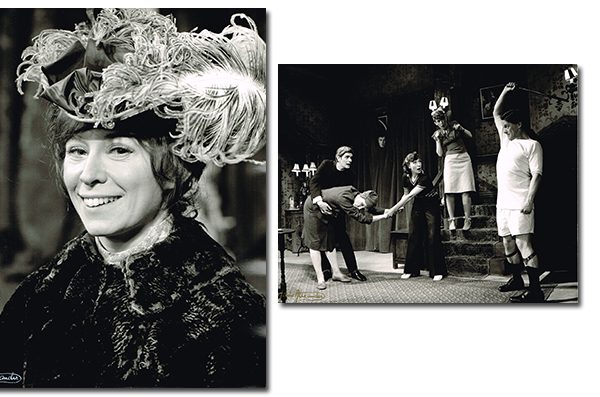 On TV, Anne is best known for playing Jane Seymour in The Six Wives of Henry VIII (1970) and Anne Onedin in The Onedin Line. Other major roles include Anna Strauss in The Strauss Family (1972), Susan Henchard in The Mayor of Casterbridge (1978), and Muriel Thomas in The Old Devils (1992). From 1995 to 1998 she played Eileen Reynolds in ITV’s period police drama Heartbeat. For the BBC she portrayed Queen Elizabeth II in Diana: Her True Story (1993), the made for TV mini-series from Andrew Motion’s biography. She was twice nominated for the British Academy Television Award for Best Actress: for her portrayals of Anne Onedin and Anna Strauss.

She has been married twice and has no children. She met her first husband Roger Rowland in Nottingham; the couple wed in 1963 but separated after nine years of marriage and later divorced. Peter Gilmore’s second marriage broke up not long after and the friendship between the two Onedin Line actors gradually developed; they fell in love and began to live together. 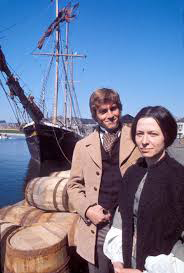 Anne has always taken a keen interest in her local theatre. Having enthusiastically joined the fund-raising committee, in May 1982 she was delighted to cut the ribbon to open the Palace Theatre Centre. 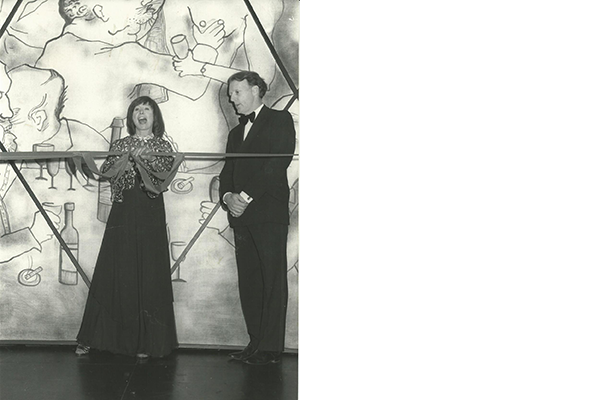 In 1987, after ten years, Peter and Anne married and remained together until his death in February 2013. They lived in Barnes, west London and had a small cottage in Dartmouth, Devon, which was used as a film location for scenes in The Onedin Line. 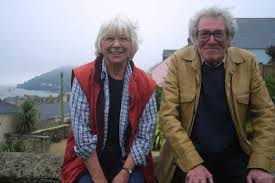