Christopher Hamill was born in Pemberton, Wigan, in December 1958, and attended Abraham Guest High School in nearby Orrell.

With aspirations to be an actor, he joined a touring company in a production of Joseph and the Amazing Technicolor Dreamcoat in the role of Benjamin. In 1980, he appeared in the TV series’ Grange Hill and The Gentle Touch.

That same year he joined the Palace Theatre repertory company, appearing in Agatha Christie’s Murder at the Vicarage and, with greater impact, Godspell. 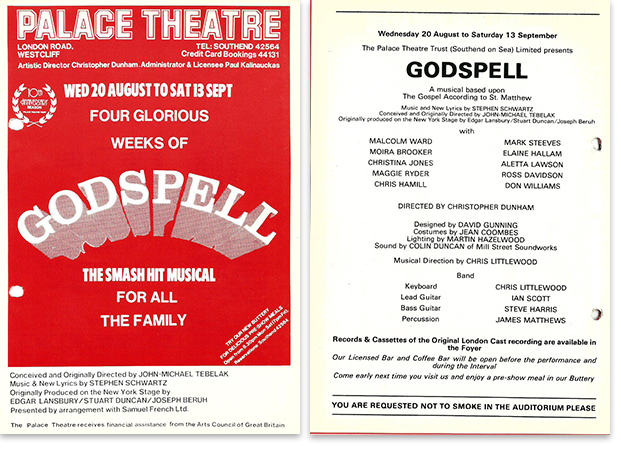 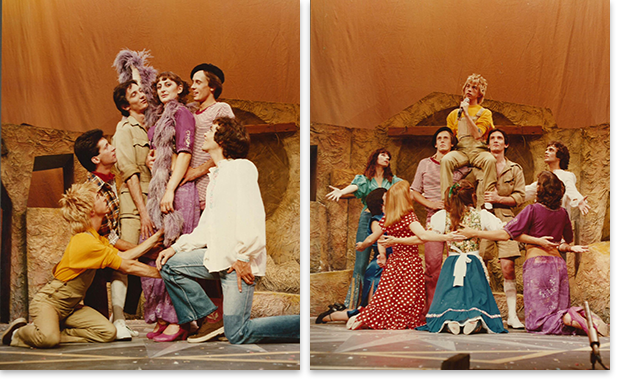 A yellow-shirted Limahl in Godspell

Chris always had a keen interest in music. After forming a short-lived punk band called Vox Deus, he was briefly in a band called Crossword. He adopted his stage name Limahl (an anagram of his surname) at the time he was recruited by the existing members of Kajagoogoo, who were then performing under the name Art Nouveau.

Soon after he had joined, he met Nick Rhodes, keyboardist of the group Duran Duran. Rhodes agreed to co-produce the band’s first single, ‘Too Shy’. Released in January 1983, it went to number 1 in the UK Singles Chart and made the top 5 on the US Billboard Hot 100.

The band had further hits with ‘Ooh to Be Ah’ (UK No. 7) and ‘Hang on Now’ (UK No. 11), with their debut album White Feathers reaching UK No. 5. However, in mid-1983, soon after the end of the White Feathers concert tour, the band sacked him by telephone. Limahl was quoted in the press as saying “I’ve been betrayed!” and that he was “sacked for making them a success”.

Limahl launched a solo career, achieving hits with ‘Only for Love’ (UK No. 16) in 1983, and with ‘The Never Ending Story’ (UK No. 4) in 1984. The latter was the title theme from the film of the same name, composed by Giorgio Moroder. His debut album, 1984’s Don’t Suppose, was a commercial failure in the UK, peaking at No. 63. Following this, Limahl released two more albums: 1986’s Colour All My Days and Love Is Blind in 1992, both of which failed to chart in the UK but found moderate success in Italy, Spain and Germany.

In late 2003, Limahl briefly reunited with the other members of Kajagoogoo for the VH1 special Bands Reunited (which aired in 2004), but this did not lead to a permanent reunion.

Limahl eventually reunited with Kajagoogoo again in 2008. Now reformed in their original five-piece line-up, the band took part in various music festivals in Europe. For the next few years he continued performing live with Kajagoogoo and solo.

In November 2012, Limahl appeared on ITV’s I’m a Celebrity…Get Me Out of Here! and he came in as a late-entrant contestant alongside Rosemary Shrager, spending a night together in an overnight challenge, to win the camp tea and biscuits. Such is the nature of fame!