Actor Gary Oldman was born in New Cross, London, in March 1958. He studied with the Young People’s Theatre in Greenwich during the mid-1970s and won a scholarship to attend the Rose Bruford College of Speech and Drama in Sidcup, Kent, from which he graduated, in 1979, with a BA in Acting. After making his professional debut as Puss in Dick Whittington and His Cat at York’s Theatre Royal his career soon gathered pace.

In May 1984 he appeared at the Palace Theatre in Edward Bond’s Saved, which proved to be a major breakthrough. Max Stafford-Clark, artistic director of the Royal Court Theatre, saw the actor’s performance and cast him as Scopey, the lead role of Edward Bond’s The Pope’s Wedding. 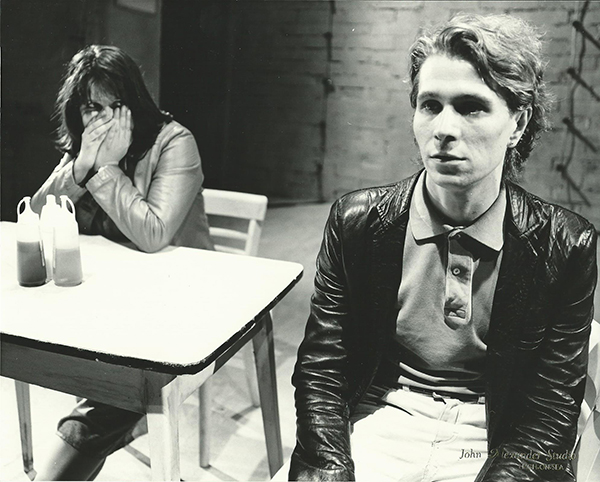 Saved by Edward Bond, which also gave early opportunities to Kathy Burke and Caroline QuentinFor his acclaimed performance, he won two of British theatre’s top honours: the Time Out  Fringe Award for Best Newcomer and the British Theatre Association’s Drama magazine award for Best Actor. His subsequent career has mostly been in films, where he has starred as Sid Vicious (Sid and Nancy) and Joe Orton (Prick Up Your Ears) in addition to roles in major productions such as Bram Stoker’s Dracula, Leon, The Fifth Element and Hannibal. In 1997 he wrote, produced and directed the acclaimed drama Nil By Mouth.

In the early 2000s he played Sirius Black in the Harry Potter films. In 2018 he won the Academy Award for Best Actor for his portrayal of Winston Churchill in Darkest Hour.