The celebrated, Oscar-winning actress was brought up in Leigh-on-Sea and attended St. Bernard’s High School for Girls at Westcliff (as, some years earlier, did another of our alumni, Anne Stallybrass). She has always said that two performances she saw as a child in Southend – one aged six, a summer show Out of the Blue, at the end of the pier and the other, at the Palace Theatre, an amateur production of Hamlet by Southend Shakespeare Company in November 1957, when she was thirteen – were the inspirations behind her becoming an actress.

Although she never ‘trod the boards’ at the Palace, she has maintained a keen interest in the theatre and has willingly expressed her support during difficult times. Writing in 2005, for example, during protests over closure, she said “I am very happy to know Westcliff won’t let go of the Palace without a fight. Count me in as one of the soldiers. It should be saved simply on its glorious merit and history but, more than that, for its contribution to the life of Southend, Westcliff and Leigh. It has been, over so many years, a place where the young and old and everyone in between could enjoy high quality theatre, good old entertainment and a great night out without paying exorbitant West End prices.”

Then, in November 2006, Miss Mirren made sure she called in at the Palace while she was in Southend filming a documentary in which she recalled her earliest memories. She said how excited she was to know the theatre would be re-opening later that month and happily posed for this photograph (scanned from an article in the Evening Echo). 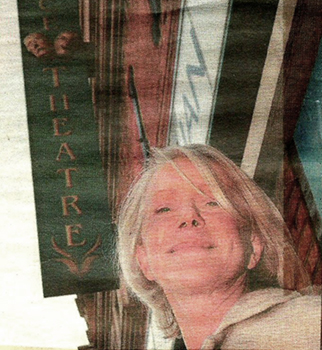 In 2012, Miss Mirren was also kind enough to write the foreword for the Centenary book, Tales from the Palace Theatre.