This versatile actress, well known for her many TV, film and stage roles, was born in Southport, Lancashire, in February 1923, but her family moved to Oldham when she was only a few months old. She began her career in pantomime before the Second World War. 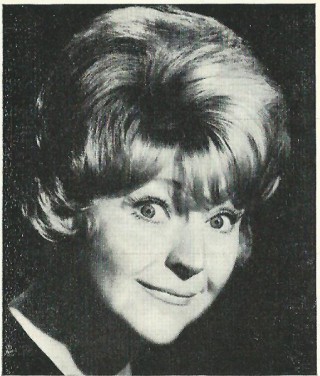 During the war, she entertained the troops in Italy as part of an ENSA (Entertainments National Service Association) group, before joining Harry Hanson’s Court Players at the Palace Theatre. She appeared in the Court Players’ first presentation, Quiet Wedding, in June 1944, followed by weekly rep in plays such as When We are Married, Robert’s Wife, The Dominant Sex and Jane Eyre, in which she played the title role. She later found fame in the West End in Noel Coward’s Private Lives, on film in British classics such as The Blue Lamp and A Taste of Honey, and in stage musicals such as Hello Dolly and Gentlemen Prefer Blondes. 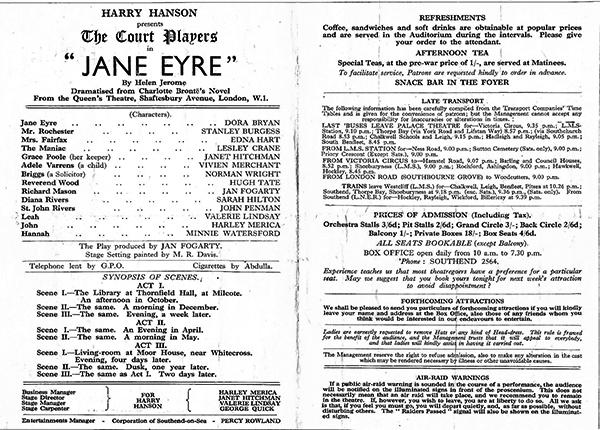 In September 1973 she attended a Palace Theatre fund-raising garden party at Chalkwell Park, where she sold autographs for 5p and entertained the crowds with tales of the wartime blackout, ‘doodlebugs’ and sharing a flat on London Road with neighbourly mice! She subsequently performed at the Palace in An Evening with Dora Bryan and Friends (November 1973) and An Evening with Dora Bryan (May 2003 and May 2005). Not long before retirement, she joined the cast of TV favourite Last of the Summer Wine. She died on 23rd July 2014 at the age of 91. 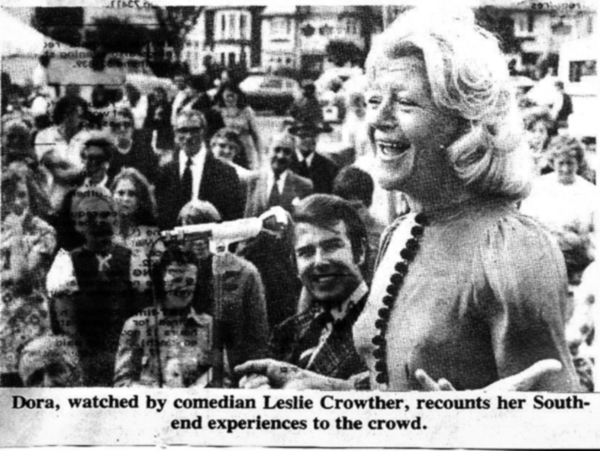