The future star of blockbuster film The Sixth Sense was born in Camden Town in 1968.

After graduating from Newnham College at the University of Cambridge, with a degree in English literature, Olivia studied drama at the Bristol Old Vic Theatre School. Upon completing her studies, in July 1991 she appeared in an episode of the popular TV series Van der Valk  before making her professional stage debut at the Palace Theatre in Lettice and Lovage in August 1991. 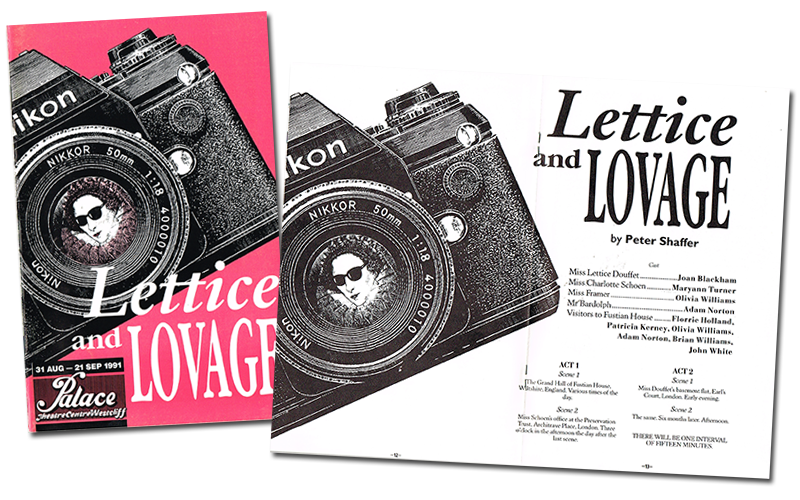 She then spent three years with the Royal Shakespeare Company in both Stratford-upon-Avon and London. In 1995, she toured the United States in a production of Shakespeare’s Richard III starring Ian McKellen. Her first significant appearance before the cameras was as Jane Fairfax in the British TV film Emma (1996), based on the novel by Jane Austen

Olivia made her film debut in 1997’s The Postman, after doing a screen test for Kevin Costner. She later won the lead role of Rosemary Cross in Wes Anderson’s Rushmore (1998) before starring as Bruce Willis’ wife The Sixth Sense (1999), a film she would later parody during her brief appearance in the sitcom Spaced. Since then, Olivia has appeared in several British films, including Lucky Break (2001), The Heart of Me (2002), for which she won the British Independent Film Award for Best Actress, and An Education (2009). 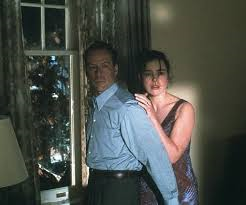 With Bruce Willis in a tense scene from The Sixth Sense

On TV, Olivia portrayed author Jane Austen in Miss Austen Regrets (2008) and was cast as Adelle DeWitt in Joss Whedon’s Dollhouse, which ran on Fox TV from 2009 to 2010.

In 2010, she won acclaim for her performance as Ruth Lang in Roman Polanski’s The Ghost Writer, winning the National Society of Film Critics Award, London Critics Circle Film Award for best supporting actress and was runner-up for best supporting actress at the Los Angeles Film Critics Association Awards 2010. In 2014, she co-starred in David Cronenberg’s Maps to the Stars, a dark comic look at Hollywood excess.

Olivia had a seven-year relationship and then engagement to the actor Jonathan Cake which ended two weeks before their planned wedding. In 2003, she married the actor and playwright Rhashan Stone, with whom she has two daughters.