The celebrated, but tragic, TV sitcom favourite, who found stardom but fell into alcoholism, was born in Wandsworth, London, in August 1927. Her birth name was Yootha Joyce Needham – “Yootha” after the Maori word for “joy” (although, very ironically, it is also an Aboriginal name meaning “thirsty”).

Leaving school at 15, the aspiring actress trained at RADA (The Royal Academy of Dramatic Arts), where Roger Moore was a fellow student, and then toured with the Entertainments National Service Association (ENSA).

From May to November 1953 she appeared in many plays at the Palace Theatre as a member of Harry Hanson’s Court Players. 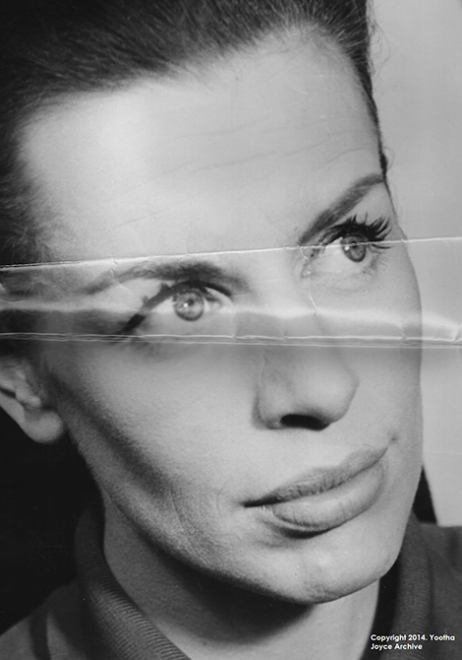 Yootha in her mid-20s, around the time she appeared at Westcliff. Photograph courtesy of Paul Curran 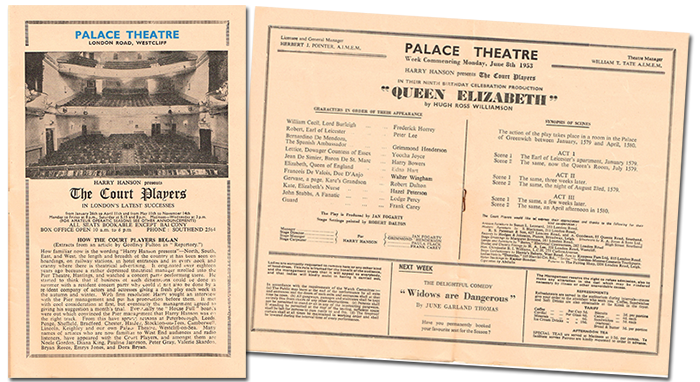 June 1953: A typical offering by the Court Players. Alongside Yootha Joyce in the cast are husband and wife Peter Lee and Hazel Peterson. Their story, told by their daughter Mandy Carr, is available for you to read in previous contributions. 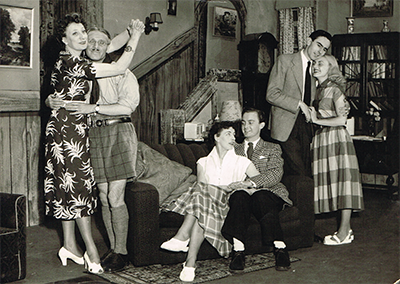 With the rest of the cast of Widows are Dangerous, also in June 1953. Left to right: Edna Hart, Walter Wingham, Yootha Joyce, Harry Bowers, Peter Lee and Dorrie Tomlinson. 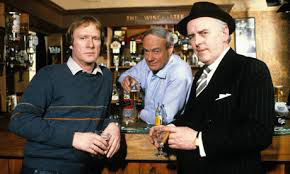 It was through Glynn, already a student there, that she first came to prominence in the renowned Joan Littlewood Theatre Workshop, appearing at the Theatre Royal, Stratford East in Fings Ain’t Wot They Used T’Be and going on to make her film debut in Sparrows Can’t Sing (1963). The couple divorced in 1968 but remained close friends.

Her talent for comedy was used to good effect on TV in programmes such as Steptoe and Son and On the Buses. She made appearances in the films Catch Us If You Can (1965), A Man for All Seasons (1966) and Charlie Bubbles (1967) as well as TV spin-off films Nearest and Dearest (1972), Never Mind the Quality Feel the Width and Steptoe and Son Ride Again (both 1973).

It was not until 1973 that she acquired a starring role, when she was cast as man-hungry Mildred Roper, wife of sub-letting landlord George, in the sitcom Man About the House. This series, which starred Richard O’Sullivan, Paula Wilcox and Sally Thomsett, and Brian Murphy, as George Roper, ran until 1976 and found comedy from two young women and a young man sharing the flat above the Ropers. 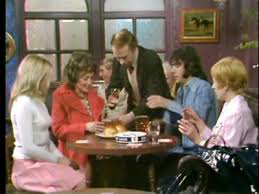 A spin-off, George and Mildred, was first broadcast in 1976. Much of this series centred on Mildred’s desire to better herself in her new surroundings, but always being thwarted, usually unwittingly, by her lifeskills-lacking husband’s desire for a quiet life. 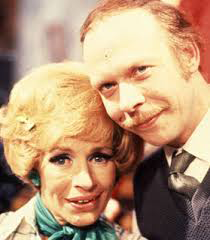 Unfortunately, these high-profile roles concealed her alcoholism. A feature film was made of George and Mildred in 1980, but this was her last work. Amidst growing concern over her health she was admitted to hospital in the summer of 1980. She died in hospital of liver failure four days after her 53rd birthday on 24 August 1980. Her good friend Brian Murphy was at her bedside.

At her inquest, it was revealed that she had been drinking upwards of half a bottle of brandy a day for ten years, and that she had, in the words of her lawyer, become a victim of her own success and the thought of being typecast as Mildred Roper. A tragic end to such a talented actress.